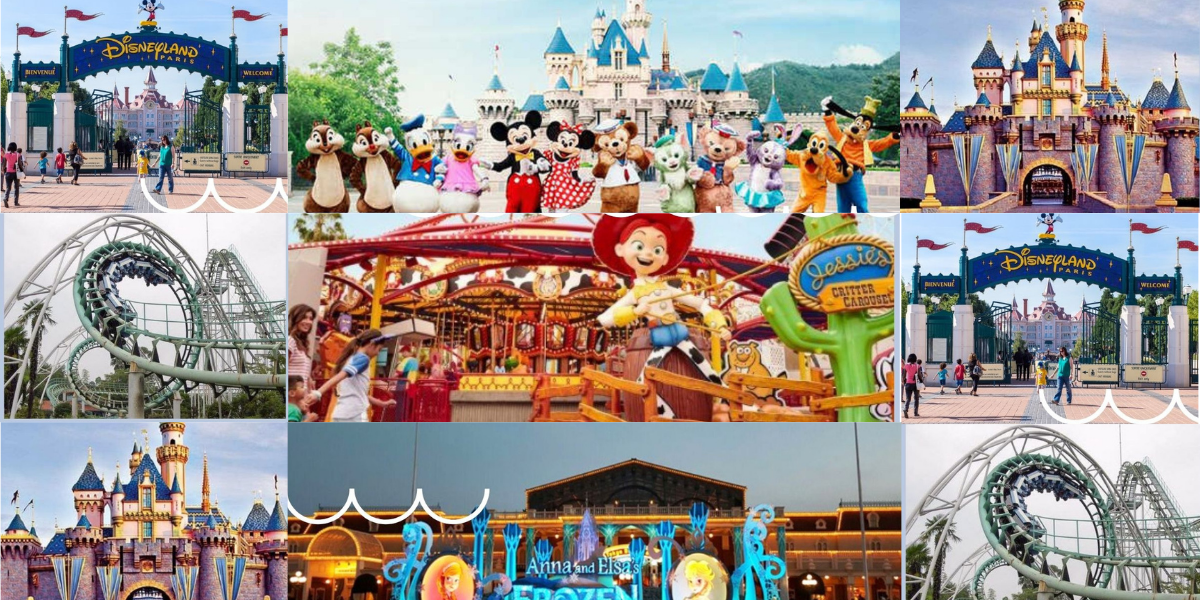 Disneyland is a large and attractive Recreation Park with the theme of Disney cartoons that spread in various countries at this time. However, the first Disneyland opened was in Anaheim, California, Los Angeles working July 17, 1955. Building this California Disneyland, cost 17 million US dollars.

The idea for making Disneyland originated from brothers Walt Disney and Roy Disney, who at the same time brought their children to see Carnival and Circus. They are aware that there is no place where parents and their children can enjoy fun times and activities together.

In addition, Walt Disney received many letters from people who wanted to visit Disney studios and take pictures with their favorite Disney cartoon characters. But Walt Disney knows that the Disney studio is usually routine for work doesn’t offer much to the visitors who want to come there.

From these things, Disneyland was born in several corners of the world that you can visit with your family, friends, or your partner.

6 Disneyland is constructed in various countries where each place has its uniqueness and characteristics that maybe one of them you can visit later, such as:

For those of you who don’t like long queues to ride the rides here, the management of Hong Kong Disneyland provides fast tickets so you can first ride the rides you want without a long line for a long time.

There are prayer rooms and food facilities that have been certified for those of you who are Muslim.

This Disneyland is one of the six best Disneyland locations on the Asian continent that opened on June 16, 2016, in Pudong, Shanghai company of ticket reservations that perhaps selected for one or even two days according to your wishes.

You can explore six interesting theme rides, namely is Treasure Cove, Mickey Avenue, Fantasyland, Tomorrow Land, Toy Story Land, and Adventure Land. and can find a sleeping beauty house was built magnificently and large. This Shanghai Disneyland also combines Chinese culture with Disney characters which makes it even more interesting and will make you feel at home for longer there.

Something is interesting at Disneyland Shanghai because there is a Disney Grand Theater that features Lion King attractions accompanied by mandarin songs, and has the longest parade line in The World. In addition to riding the rides, you can also look for souvenirs at Disneytown or enjoy food and drinks there.

The first Disney open in the world and a must to visit. You can find the sleeping beauty castle is a good attraction based on the story of sleeping beauty.

There are 8 theme rides and also a parade that is accompanied by a Disney Band that makes attractions at Disneyland Anaheim, California-USA.

It is located in Marne-La-Valle, Paris, opened in 1992, then changed its name to Disneyland Paris in 1994.

In addition to riding 50 rides with the theme of Disney characters that can stimulate adrenaline, you can stay at a hotel with a Disney character nuance. There is also a fireworks