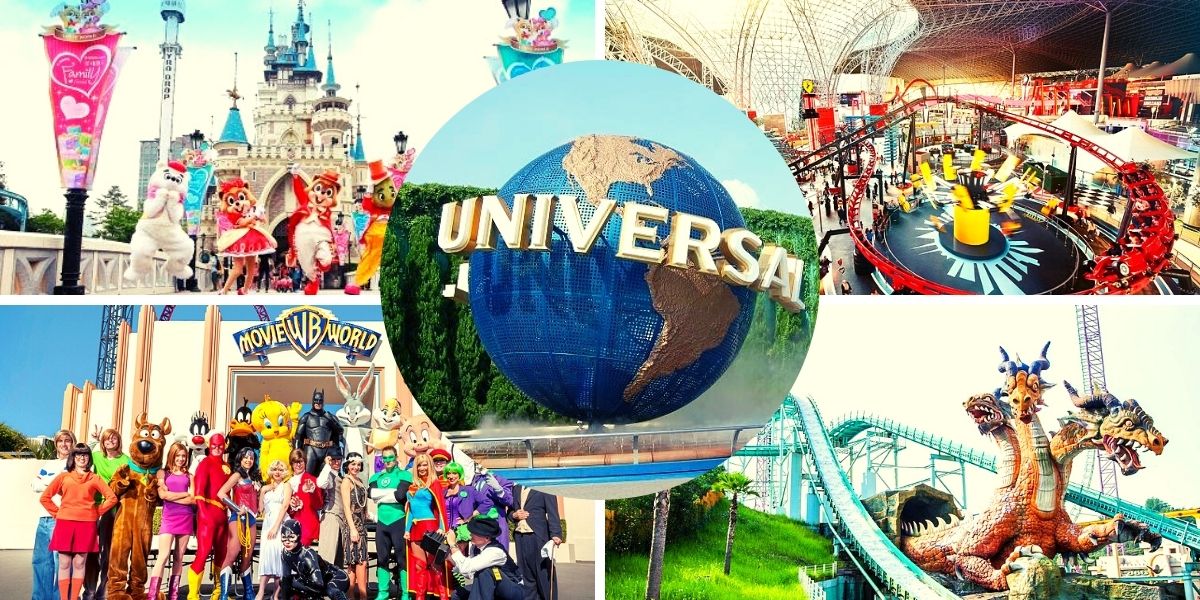 Playgrounds have always been a place of fun entertainment for everyone by presenting a variety of amazing and fun things to visit.

Parents or children can express their happiness together by riding various kinds of rides that are interesting, fun, and some that trigger adrenaline.

So do not be surprised if the playground has always been a place to unwind and seek entertainment for parents, teenagers, and children. This place can also be a quality time for families to do fun things together so that closeness is more established.

Several countries in the world have their own amusement parks to serve the people in those countries and also tourists from various other countries.

If you want to try a vacation to another country to experience their best playground, then below are some lists that might be on your list of choices to visit with your family, friends, or partner.

Universal Studio Japan built one of the best playgrounds in Japan, which opened in March 2001 with an area of ​​39 hectares near Osaka Bay, Japan.

At Universal Studios Japan, you can experience a variety of exciting rides with the theme of Hollywood movies that you can try to ride.

Located on Yas Island, Abu Dhabi, United Arab Emirates, this playground offers speed and adrenaline for its visitors. With an area of ​​200,000 square meters, this indoor playground is the first in the world with a Ferrari theme, which opened on November 4, 2010. This is

one of the most popular adrenaline test rides that you can try, namely the fastest rollercoaster in the world, with a speed of 240km/hour.

Besides that, there are also other rides that you can try, such as Turbo Trac, Flying Aces, and Fiorani GT Challenge.

In Taiwan, there is a Greek-themed playground created by Lin Yi-Shou. It is part of the E-Da World area, which is located in Kaohsiung Country, Taiwan and covers an area of ​​​​90 hectares. Not only is there the E-Da Theme Park here, but this area is also integrated with recreation, real estate, retail, hospitals, universities, and schools.

There are 3 interesting areas in this playground, including Santorini, the Acropolis, and Trojan Castle.

There are almost 50 rides in Lotte World Adventure that you can explore, as well as various types of interesting games, from those for children to those that trigger adrenaline.

MovieWorld Australia presents a variety of characters from Warner Bros. who are ready to entertain your eyes. In addition, there are 18 rides, starting from those for children to adults. You can also see various interesting performances here.